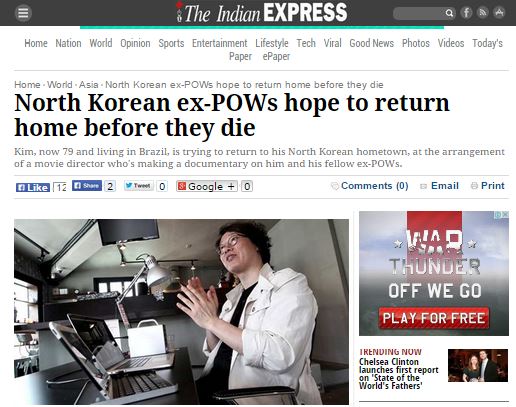 After the Korean War ended in 1953, Kim Myeong Bok and 75 other North Korean prisoners of war detained in South Korea opted to live abroad rather than risk hostile welcomes in either half of their homeland. Now he wants to come home, though he may find little more than rejection and suspicion.